25 years after its first release, DOVE C'É MUSICA, the artist's seventh album, is released as a blue vinyl double LP version. This format will certainly become a collector's item. The remastered version will be made available on the same day across all digital platforms, offering an incredible listening experience for millions of fans that know and appreciate Eros all over the world.

DOVE C'É MUSICA is the crown jewel in Ramazzotti's discography, having topped Italian charts for 16 weeks in a row; it has sold 1,500,000 copies in Italy alone and more than 9 million copies globally, topping charts in many countries across the world.

DOVE C'E' MUSICA is considered a symbol of Eros Ramazzotti's artistic maturity, where for the very first time he played the triple role of singer, songwriter and producer of his own music: taking us on a wonderful journey along 12 tracks that highlight his ability as an artist to thrill whole generations. 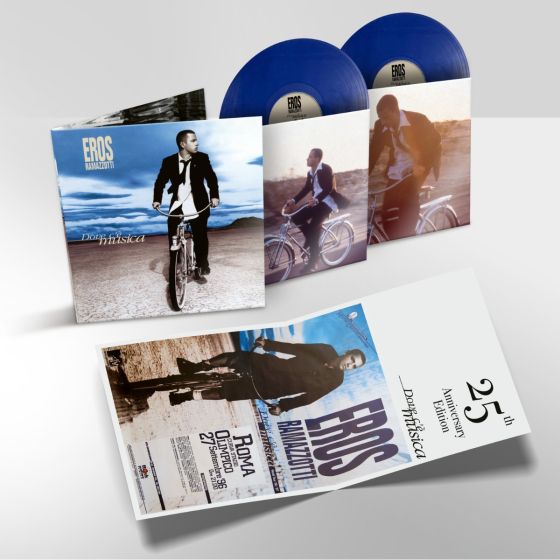