Biffy Clyro will release the surprise new project ‘The Myth of the Happily Ever After’ on October 22nd. The record is a homegrown project that represents a reaction to their #1 album ‘A Celebration of Endings’ and a rapid emotional response to the turmoil of the past year.

It is the ying to the yang of ‘A Celebration’, the other-side-of-a-coin, a before-and-after comparison: their early optimism of 2020 having been brought back to earth with a resounding thud. It’s the product of a strange and cruel time in our lives, but one that ultimately reinvigorated Biffy Clyro.

Grounded by lockdown, Biffy Clyro recorded ‘The Myth’ in a completely different way to how they approached ‘A Celebrations’. Rather than spending months in Los Angeles, they traded one West Coast for another by recording for just six weeks in their rehearsal room (converted DIY style into a fully functional
studio by rhythm section brothers James and Ben Johnston) in a farmhouse closer to their homes. 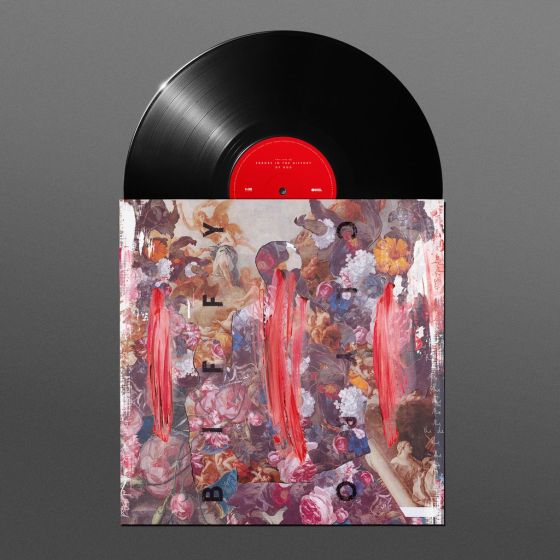