One of the shortest-lived iterations of the Grateful Dead was the band that existed December 1971 through March 1972. Jerry, Bob, Phil, Bill, Pigpen, and Keith formed a formidable version of the Dead that only played a few shows together before Donna Jean joined as vocalist, and before Pigpen would depart the stage for good in June 1972. What this sextet lacked in quantity of shows it made up for with creativeness, power, and inspiration.

When Pigpen rejoined the Dead on December 1, 1971, after a few months off during which Keith had joined as piano player, the band was now an unstoppably powerful live juggernaut it hadn’t been since the height of the Primal Dead era in late 1968-1969. Widely considered one of the best shows from the Pigpen-Keith era of the Grateful Dead, December 10, 1971 in St. Louis has it all: Pigpen singing lead on four songs including an 18-minute version of Good Lovin’ and a very rare performance of Run Rudolph Run; a deep dive into the Dead’s psychedelic recent past with a monster version of The Other One; plus plenty of the new material from earlier in 1971 like Bertha, Loser, Sugaree, and Playing In The Band.

They also hit upon much of the music that would appear the following year on Europe ‘72, such as Jack Straw, Tennessee Jed, Mr. Charlie, and One More Saturday Night. And no Dead show of this vintage would be complete without the “hits”: Truckin’, Sugar Magnolia, and Casey Jones all make appearances. This is truly one of the deepest, most dynamic, exciting, and accessible live shows in the entire Grateful Dead canon. 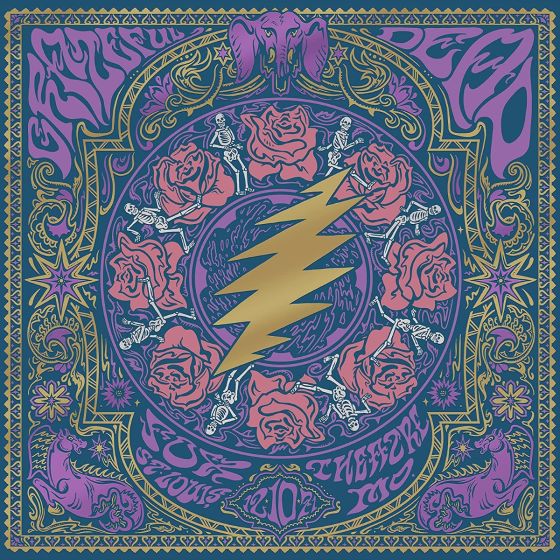