The Italian band Rhapsody of Fire returns with the next part of their saga: "Glory For Salvation" is a masterpiece of modern melodic power metal. Pathetic and fast-paced, the band around Alex Staropoli presents a magnum opus of metal symphony.

Who doesn't like to remember classics like Legendary Tales (1997), Symphony Of Enchanted Lands (1998) or Dawn Of Victory (2000)? As in the last album "The Eight Mountain" they show their incredible strength in epic chori and opulent orchestral arrangments.

The story of the last album is continued here, perfecting another strength of the band: the ability to develop and tell a story with incredible tension. As in the last album, the cast is top-notch and on point. Giacomo Voli convinces as always as an exorbitantly great singer with technical finesse. It is mixed and mastered this time again by Sebastian "Seeb" Levermann, head of the power metal combo "Orden Ogan", who in recent years has become an important institution of the new generation of power metal. 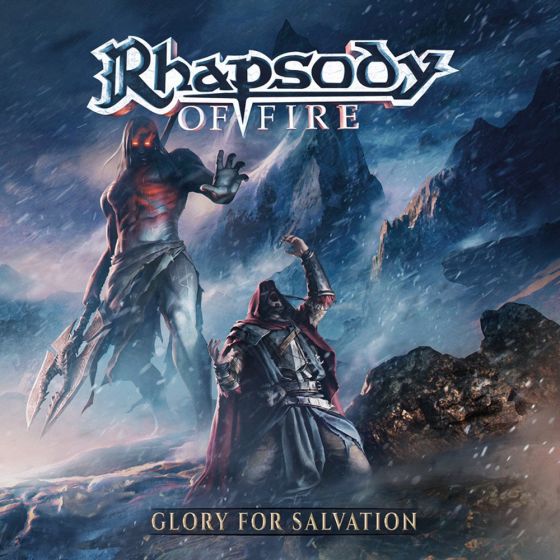