After more than 20 years of career, 2 million albums sold and 200 million streams on platforms, the Swedish singer with the unique vocal signature releases an album with English covers of great songs pop of yesterday and today: Grand Songs.

The choice of songs is a message in itself. It's a time machine, reflecting the dizzying abundance of the digital age. A secret advantage of covers is also to modestly send very personal messages, through the words of another. "This is true for me as it is for any listener. If a song touches you deeply, it's often because it offers expression to intimate feelings", Lisa explains.

Upon arrival, "Grand Songs" is a very interesting step in Lisa's musical journey. Charming, tender, surprising... Her versions of Billie Eilish or Beyoncé show that she can connect with the most contemporary pop, while remaining faithful to her style.

Grand Songs turns out to be dreamlike, poetic and timeless, Jazzy with a pinch of Soul and Folk. The quintessential 'Feel Good' album!


Tracks:
Wish You Were Gay (Billie Eilish)
You've Lost That Lovin' Feelin' (The Righteous Brothers)
If I Were a Boy (Beyonce)
Stop! in the Name of Love (The Supremes)
Most of the Time (Boby Dylan)
I Should Hav Eknown Better (The Beatles)
'till the Rivers All Run Dry (Don Williams)
Dream a Little Dream of Me (The Mamas & the Papas / Doris Day)
Take a Giant Step (Taj Mahal)
You Can Close Your Eyes (James Taylor)
Se Specifikationer
Tilføj til ønske liste
E-mail
Gå til slutningen af billedgalleriet 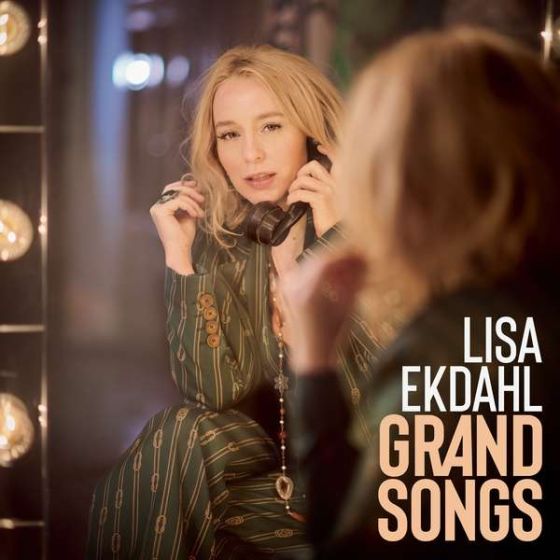