Supergrass will reissue their 1997 album In It For The Money next month. The band’s second album will be available as a remastered, expanded 3CD set or on vinyl which comes with a bonus 12-inch single.

The album was of course the follow-up to the band’s debut album I Should Coco (which was reissued in 2015) and features the singles ‘Going Out’, ‘Richard III’, ‘Sun Hits the Sky’ and ‘Late In The Day’. All of those were top ten hits, save for ‘Late In The Day’ which peaked at number 18. In America, ‘Cheapskate’ was the only single from the album.

The second vinyl version offers exactly the same audio but the album is pressed on limited edition 140g turquoise vinyl and comes with the same white 12-inch single. 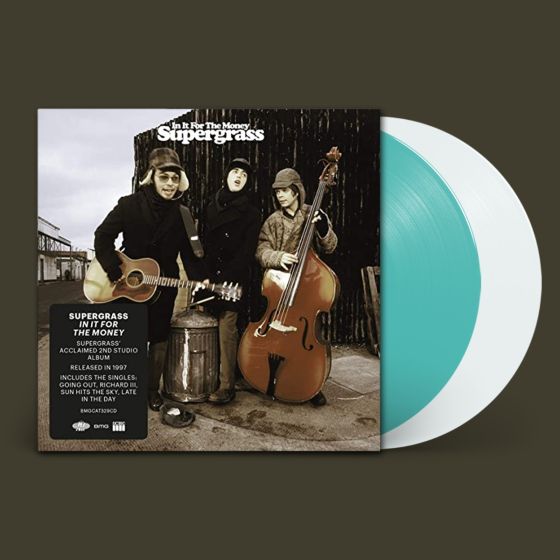