Maybe the best description of Lektion III is “Fourth World Music”, a term coined by American trumpeter and composer Jon Hassell “‘to describe the possibility of music in global terms beyond First World, beyond Third World,
beyond High-Tech Art classical, beyond pop.’ He’s described fourth world as an ideal blend of traditional music from around the world with Western forms and modern electronics, forming a kind of contemporary folk music from ‘unknown and imaginary regions’,” as Richard Kadrey writes on Hassell’s homepage.
It’s music that doesn’t create hierarchies, but admits to a central perspective – that of the musicians. Lektion III is a child of a world the size of a dot. There is no distance between countries or eras on the Internet. There are still lingual barriers, cultural factors, personal history and search algorithms that send us down culturally, nationally and individually influenced paths, for sure. But at least in theory, we are living in a multicultural world without any kind of distance or barriers. Den Sorte Skole tries to put that into practice.
Se Specifikationer
Tilføj til ønske liste
E-mail
Gå til slutningen af billedgalleriet 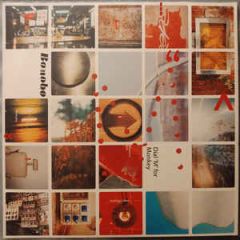