Nixon was released in 2000 and immediately enshrined by the British music press. Uncutnamed it album of the year, Mojo ranked it 10th, and Q was still doing their lists alphabetically. The NME called Nixon “near to perfect” and the Guardian said that the band was “reinventing American music.”

Meanwhile, most people in America continued to have no idea who Lambchop were. (“I don’t think [Nixon] made much of an impression on anyone over here,” Wagner told a seemingly baffled interviewer in spring, 2001.) Lambchop’s take on America—sly, tender, mysterious but mundane—is less a realist’s portrait than a surrealist’s impression: funnier, more pathetic, more improbable than what actually exists. In 2007 I met a German man named Frank who told me he loved seeing the band overseas because it meant getting to sit in a plush, quiet room while drinking tons of beer and listening to Lambchop, which I guess he imagined Americans were mellow enough to actually do.

Nixon is still an improbable album. The band never sounds like they’re trying very hard and yet every song breaks some convention or another. Despite its showbiz arrangements, the music is tenuous and weird (a contrast that the band toyed with again on 2012's Mr. M), and Wagner’s falsetto—usually the most vulnerable part of a man’s singing range—sounds less like a Romeo than some karaoke loser scrapping for the mic at last call. He says he regrets ever calling Lambchop a country band, and with good reason: Nixon isn't the music of the people, it's the music of the people who showed up, said hello, stood in the corner and left without saying goodbye. (When an interviewer asked Wagner how he felt about the album’s overwhelming reception in the UK, he said, “I’m not sure that’s something to be proud of. I think there are other things in your life you could be more proud of. Like having kids.”) If there's a connection to country, it's spiritual: Nixon finds its humor in self-deprecation and its soul in things broken and left behind.

Tracks:
A1. The Old Gold Shoe
A2. Grumpus
A3. You Masculine You
A4. Up With People

B1. Nashville Parent
B2. What Else Could It Be
B3. The Distance From Her....
B4. The Book I Havent Read
B5. The Petrified Forest
B6. Butcher Boy
Se Specifikationer
Tilføj til ønske liste
E-mail
Gå til slutningen af billedgalleriet 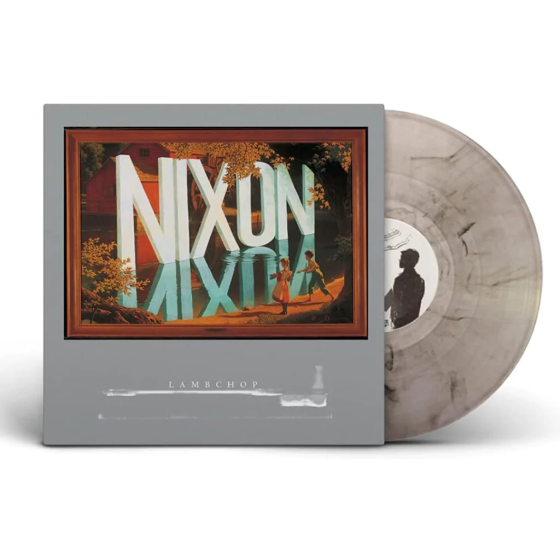