Nothing But The Blues - 2LP+CD+DVD+BD Box

Eric Clapton’s lifelong passion for the blues burns brightly in Nothing But The Blues. The film has been upgraded to 4K for its long-awaited official release. In addition to the film, Reprise will release a new soundtrack with more than an hour of previously unreleased live performances recorded in 1994 during the legendary guitarist’s tour supporting From The Cradle, his Grammy-winning, multi-platinum blues album. At the heart of the film and audio formats are Clapton’s performances of blues standards and lesser-known blues songs. The CD features 17 songs; the double LP 18, and the DVD and Blu-ray each contain 20 songs. Two nights at the Fillmore in San Francisco (November 8 & 9, 1994) were filmed and recorded during his acclaimed From The Cradle tour, and the highlights from the two shows were selected for this release. The Super Deluxe Edition comes with the documentary on Blu-ray, the soundtrack on both 2-LP vinyl and CD, a bonus CD with four extra tracks and an exclusive hardcover book with memorabilia, including a numbered lithograph,12x24 poster, Clapton guitar string set, custom guitar picks and an exclusive bandana. 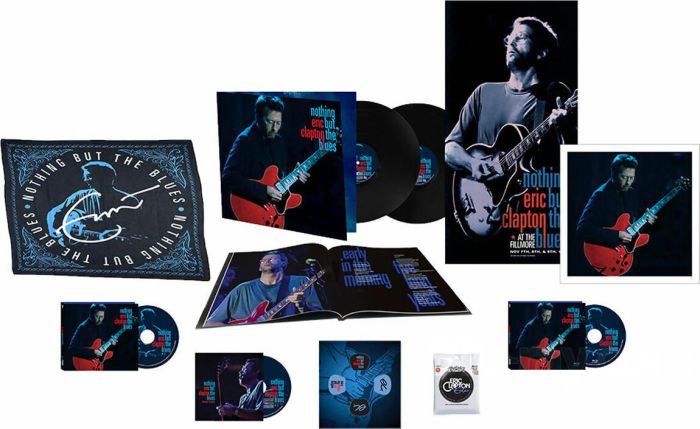