This is the opening line of an album that would change the lives of some young Finnish musicians with fire in their hearts and an ocean full of sweet music in their souls. An album that would also influence thousands of people all over the world for years to come. "Once", NIGHTWISH's fifth studio album saw the light of day on June 7th 2004 - it changed the metal world completely and made the band living legends.

Today, NIGHTWISH pay tribute to the manifesto that they gifted the world 18 years ago, announcing a re-release of "Once" as a remastered version with bonus tracks in the different formats. Maestro Tuomas Holopainen states:"Nostalgia is a powerful tool. I easily remember what those days surrounding the release of the record were like. The excitement, the ambition, the comradeship, the triumphant tour to come, it was all there, about to carry the band to another level, musically and journey wise."

"Once" was not only a unique milestone for the band, it also sealed the long-term relationship between Nuclear Blast Records and NIGHTWISH - a bond that has been unbroken until today. It climbed up to #1 in the album charts in Germany, Finland, Norway and Greece, achieving triple platinum status in Finland with more than 90.000 CDs sold, triple gold status in Germany with more than 300.000 sold CDs and gold status in Switzerland, Austria and Norway. 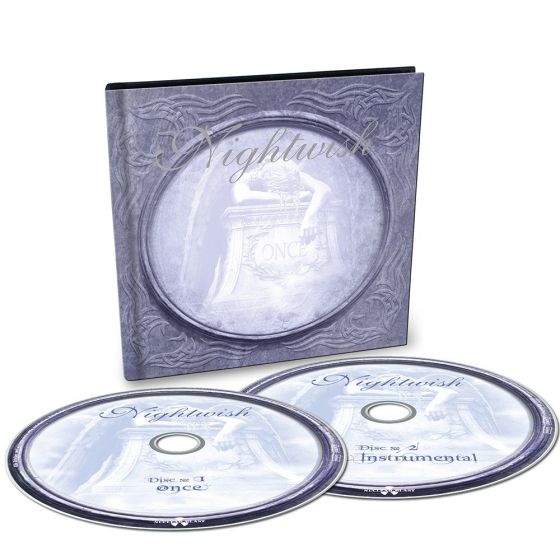