50 years ago today, Columbia Records unleashed Pearl, the final musical statement of Janis Lyn Joplin, on the world. A firebrand till her tragically early death at the age of 27 on October 4, 1970, Joplin didn't live to see the release of Pearl. But the album (produced by Paul A. Rothchild) summed up her deep blend of soul, psychedelia, rock, and country, even touching on jazz and pop, with incendiary performances of now-classic songs including "Me and Bobby McGee," "Cry Baby," and "Mercedes Benz."

Joplin honed her from-the-gut style in a brief but intense period of electrifying live performances and recording. This spring, Columbia and Legacy Recordings will commemorate the 4x Platinum, chart-topping Pearl with a pair of vinyl reissues. (Pearl was previously released as a 2-CD Legacy Edition with studio and live bonus material.

Pearl will be pressed as an UltraDisc One-Step 180-gram 2-LP box set, pressed at 45 RPM for the best possible sound quality. MoFi's release will also be pressed at RTI on the label's "SuperVinyl" and will be packaged in foil-stamped jackets. 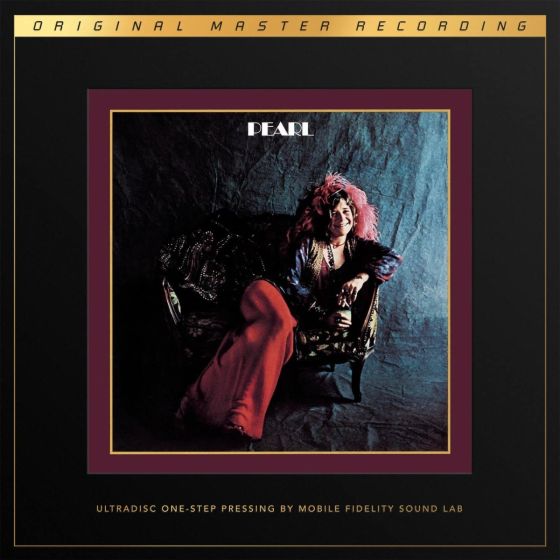