Walter Trout releases his album "Survivor Blues" on the Provogue label. Walter Trout is no ordinary artist. Survivor Blues is no ordinary covers album. From the day he conceived the project to the moment he counted off the first song in the studio, Walter Trout had a bolder plan for Survivor Blues. "I'm riding in my car sometimes," says the US blues titan. "I've got a blues station on  and here's another band doing Got My Mojo Workin'. And there's a little voice in me that says, 'Does the world need another version of that song?' So I came up with an idea. I didn't want to do Stormy Monday or Messin' With The Kid. I didn't want to do the blues greatest hits. I wanted to do old, obscure songs that have hardly been covered. And that's how Survivor Blues started..."

While the tracklist is eclectic, there's a cohesion to Survivor Blues that harnesses the power and spirit of the originals, while keeping Walter's inimitable music personality intact. "My idea was to arrange these songs for my band and style," Walter explains, "Not to just copy the originals note-for-note."

"In the beginning we started thinking about these enduring songs and the guys playing on the album," Walter recalls. "Mike is in recovery. Johnny almost didn't make it. Skip has had a triple bypass, and I almost didn't make it after my liver disease in 2014. We're a group of survivors. These songs are survivors." 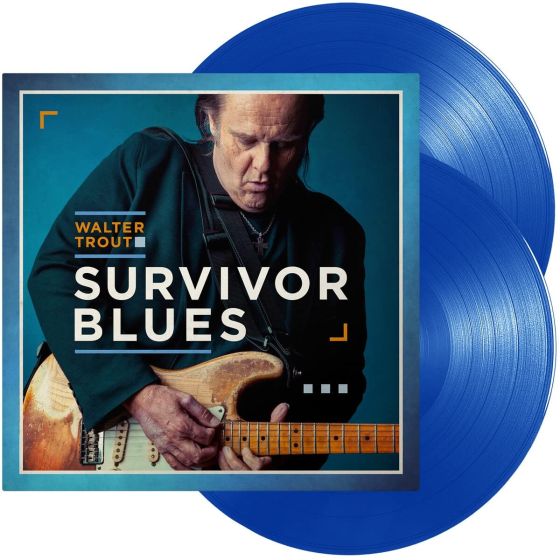