Ikke på lager - Forventet leveringstid 3-20 hverdage
Kunstner
Kurt Elling
Udgivelses år
2016
Varenummer
889853467723
Pris pr stk 139,95DKK
When Kurt Elling embraced the meaning, the spirit and the word Christmas in creating his new album The Beautiful Day (OKeh), he also wanted to make a holiday album that celebrated the promise and magic of the season that touches people of all beliefs. Inventive and fresh, The Beautiful Day reimagines the sounds of Christmas, mixing traditional carols decked out in new arrangements with songs that are revelations and rediscovered treats. New versions of "Little Drummer Boy" and "We Three Kings" join the wistful folk-rock of Dan Fogelberg ("Same Old Lang Syne") and the jazz-and-gospel-influenced soul of Donny Hathaway ("This Christmas"). Elling's lovely duet with his daughter on the title track is the perfect ending for an album that's destined to be a holiday jazz classic.
Grammy® winner Kurt Elling is among the world's foremost jazz vocalists. He won the DownBeat Critics Poll for fourteen consecutive years and was named Male Singer of the Year by the Jazz Journalists Association on eight occasions. An international jazz award winner, the New York Times declared, "Elling is the standout male vocalist of our time." The Washington Post added, "Since the mid-1990s no singer in jazz has been as daring, dynamic or interesting as Kurt Elling. He has come to embody the creative spirit in jazz."
Se Specifikationer
Tilføj til ønske liste
E-mail
Gå til slutningen af billedgalleriet 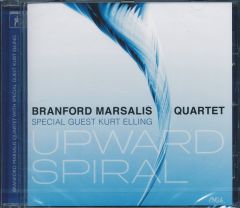