The City Needs A Hero - MC

The second album of East London singer / songwriter MURKAGE DAVE, whose debut album "Murkage Dave Changed My Life" released in 2018 was also popular, is released from NONE !!

"Please Don't Move to London It's a Trap", where the vocals that speak to a melancholy melody match perfectly, and the vocals of MYSTERIOUS BEANIE, who participates in the featuring, fit the mellow Lo-Fi beats. Singles such as "I Had a Nice Time But I Won't Be Back" are also included !!

Tracks:
1. Sadness Is on His Way
2. Us Lot
3. Awful Things (Feat.Caroline Polacheck)
4. Please Don’t Move to London It’s a Trap
5. The World Is Changing Some Don’t Like It
6. Every Statue Must Come Down
7. World I Want to Live In
8. I Had a Nice Time But I Won’t Be Back (Feat.Mysterious Beanie)
9. I don’t do love songs
10. Stay Ready
11. Read the room
12. Bad Advice
13. East London Smile
14. This City Needs a Hero
Se Specifikationer
Tilføj til ønske liste
E-mail
Gå til slutningen af billedgalleriet 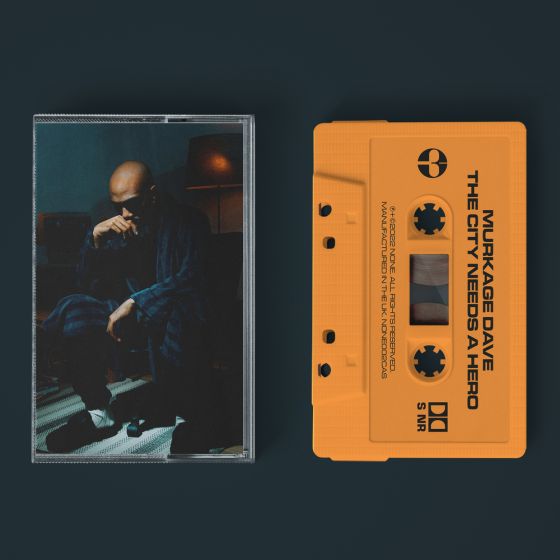