Tracklist not published yet

The Monkees - The Monkees (Deluxe Edition) is Run Out Groove's NEW featured pre-order title this month. Micky, Mike, Peter and Davy - the foursome that formed one of the most iconic bands in pop rock history. ROG is expanding the Monkees' classic 1966 debut to feature a second LP of bonus tracks; including 2 previously unissued songs and 2 new mixes exclusive to this set. All bonus tracks are making their vinyl debut in these mixes. The original album will be cut to lacquer from the original analog stereo tapes for the first time since original release by Kevin Grey and Andrew Sandoval, feature never-before-seen photos, deluxe packaging, a booklet with new liner notes and will be pressed on 2-180g vinyl records. The individually numbered and limited release is available to pre-order until 6th of June.
Se Specifikationer
Tilføj til ønske liste
E-mail
Gå til slutningen af billedgalleriet 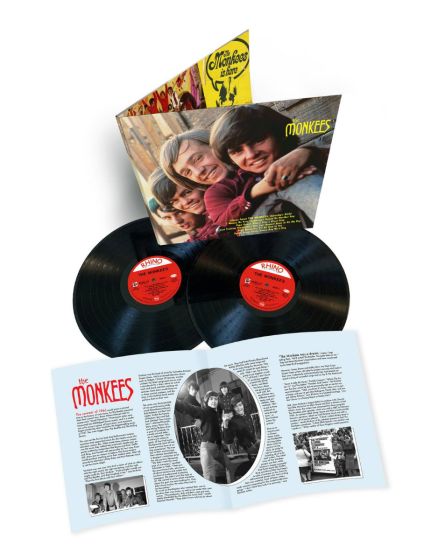