We're All In This Together - 2LP (Blå Vinyl)

Walter Trout is the beating heart of the modern blues rock scene. Respected by the old guard. Revered by the young guns. Adored by the fans who shake his hand after the show each night. After five decades in the game, Trout is a talismanic figure and the glue that bonds the blues community together, at a time when the wider world has never been so divided. He's also the only artist with the vision, talent and star-studded address book to pull off a project on the scale of We're All In This Together.

Before you even hear a note, We're All In This Together has your attention. Drafting fourteen A-list stars – including Joe Bonamassa, Kenny Wayne Shepherd, John Mayall and Randy Bachman – and writing an original song for each, Trout has made the most tantalizing album of the year, and found solace after a run of solo albums that chronicled his near-fatal liver disease of 2014. 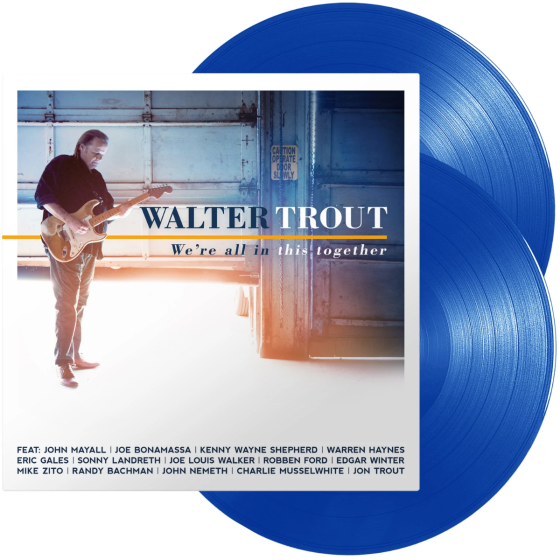