Billy Preston was an American musician, who encompassed R&B, rock, soul, funk and gospel. He worked as a top session musician during the Sixties, backing artists such as Little Richard, Sam Cooke, The Rolling Stones and the Beatles amongst others. He is even the only non-Beatle musician to be given a credit on a Beatles recording at the band's request. His solo career took off during the first half of the Sixties, but it was his early Seventies soul work that put him on the permanent musical map.

You Can't Keep A Good Man Down was one of Preston's final studio albums and originally came out in 1986. “What About The Love” was released as a single. The album is available as a limited edition of 750 individually numbered copies on pink & purple marbled vinyl.

SIDE B
1. LISTEN TO THE MUSIC
2. ANY TIME
3. WHY ARE YOU CRYIN'
4. DON'T YOU LEAVE ME BABY
5 .THE LIFE OF AN ARTIST
Se Specifikationer
Tilføj til ønske liste
E-mail
Gå til slutningen af billedgalleriet 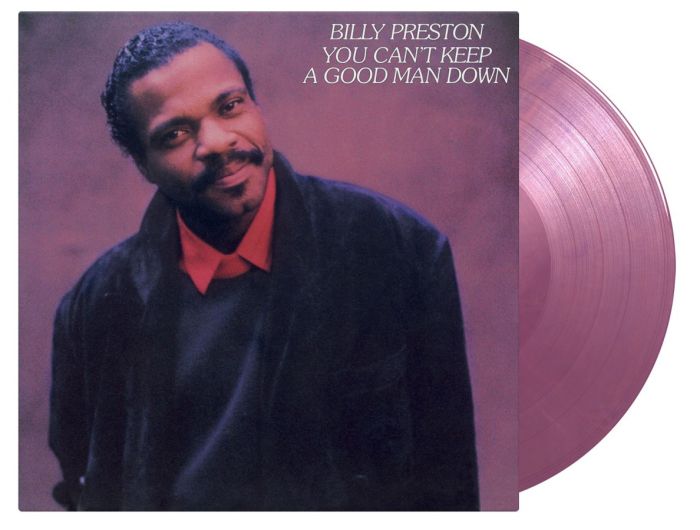